Stainless Steel Spade Flange Manufacturer in India as per ASME/ ANSI B16.5

A Spade  Flange Din En 1092-1, similar to spectacle blind and ring spacer are forged products. These forged Spade  Flange Class 600 are used to either temporarily or permanently blind pipelines  . The Spade  Flange Asme B16.5 is a device, that is known to offer cost-effective alternatives to isolation valves. 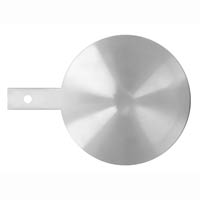 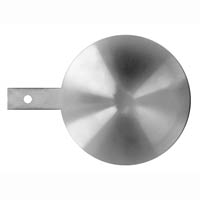 An important point to note is that both the Pn16 Spade  Flange and ring spacers are manufactured  in accordance to the ASME B16.48 specification by a Stainless Steel Spade  Flange Manufacturer . In fact, both the ring spacer as well as the Spade  Flange Raised Face belong to the family of pipeline isolation devices.

Since a spectacle blind combines both -  a Spade  flange ansi b16. 5 and a ring spacer in a single device they are known as single blinds or blanks. Because, spectacle blinds may require some space to be rotated, and space may not always available due to the routing of the piping system, two separate devices can be utilized in the piping system. This is because both the Spade  flange 150 lbs and ring spacer do not require rotation when they are installed.

The materials used by Spade  Flange Manufacturers In India are the regular grades which are the same as conventional flanges .Grades like carbon steels, stainless steel as well as alloys like nickel based ones are  used to produce standard flanges as well as the  Spade  Flange Asme B16.5 Class 300 depending on the fluid conveyed by the pipeline.

Spade and Spacers are part of a family referred to as Line Blinds. Jointly they perform the same function as a Spectacle Blind as essentially a simplistic valve. The Spade or Spacer is fitted in the line between twoflanges and is bolted in place. 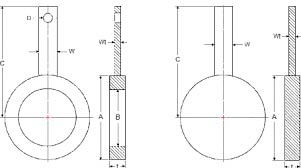