Stainless Steel Slip On Flange Manufacturer in India as per ASME/ ANSI B16.5

Slip on flange is a kind of a flat welding type flanges. Flat welding  is only used in order to weld the outer layer and not the inner layer. Generally flat welding flange such as a Slip On Flange Asme B16.5 Class 600 could be used in both medium as well as low pressure pipelines. The nominal pressure of these pipelines that have Tapped Slip On Flange is less than 2.5 Mpa. 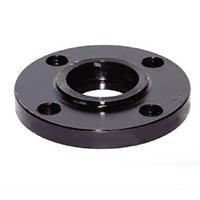 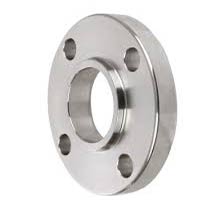 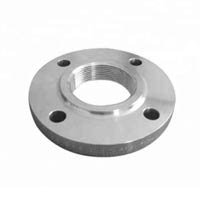 Although these flanges tend to be cheaper as compared to their counter parts, buyers should be aware that the additional cost of welding(the required two corner proper welding) during their installation will deduct the initial cost savings. Besides this drawback, the service or work life of a weld neck flange is higher as compared to a  Slip On Flange, Awwa C207 Class D.

API 6A SORF Flange is slightly larger than the O.D. or the outer diameter of the pipeline. Since  they have a low initial cost, the A105 Carbon Steel Slip On Flange is more popular as compared to a weld neck flange for many consumers. However, due to the additional cost involved during welding, final or the overall installation costs  of using a Slip on flange may not be much lower than the weld neck flange.Raised Face Slip On Flange In Pn16 is slipped over the pipe, followed by then fillet welding. API 6A SORF Flange are easy to use in fabricated applications.

Slip on flange are slipped over the pipe and welded to provide strength and prevent leakage. This SORF flange can sometimes have a boss or hub and can be made with a bore to suit either pipe or tube. The Slip on Flanges is at the low-cost end of the scale. SORF flanges are not required high accuracy when cutting the pipe to length. 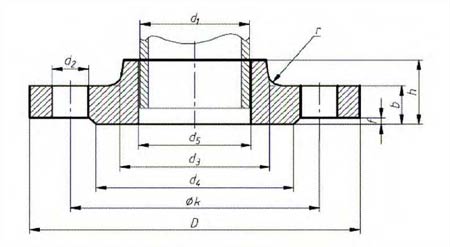 ASME B16.47 Series A Slip On Flange Dimensions


ASTM Specification of Slip On Flange